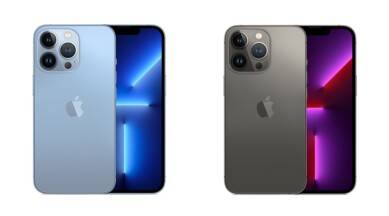 Apple introduced the iPhone 13 series earlier this month, but in typical Apple fashion, didn’t give us a deeper look at a larger part of the new specifications of the 13-series devices. For that, enthusiasts will have to wait for teardowns to surface online. Now, the first teardown for the iPhone 13 Pro is here and it showcases a deeper look at the battery capacity and some other specifications.

The teardown video shows that just like Apple suggested, we indeed have a bigger battery inside the iPhone 13 Pro. This is a 3,095mAh unit, compared to the iPhone 12 Pro’s 2,815mAh battery. The new battery is an L-shaped unit produced by China-based Sunwoda Electronic Co.

The video also shows that the iPhone 13 Pro uses a Qualcomm X60 5G modem and comes with a 120Hz screen made by Samsung. It also has a smaller Taptic engine than last year. Samsung also produces the RAM module of the phone and the storage is produced by Japanese brand Kioxia. The iPhone 13 Pro is available in four colour variants this year, including Sierra Blue, Silver, Gold, and Graphite while prices in India start at 1,19,900.