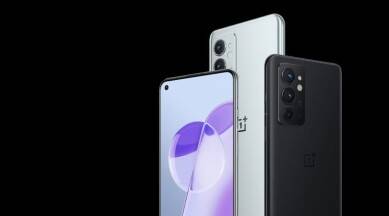 OnePlus 9RT is now official in China, though the company is yet to confirm an India launch date. This year, the OnePlus 9RT is the only T-branded device from the company. The phone sports the Snapdragon 888 chipset, a triple camera, and a 120Hz refresh rate display. Here’s a look at all the key features.

The OnePlus 9RT’s design remains similar to the other phones in the 9 series. It features a new E4 OLED display panel with 120Hz refresh rate and 600Hz touch sampling rate. The phone runs the Qualcomm Snapdragon 888 chip, which also powers the OnePlus 9 and 9 Pro. The older OnePlus 9R had the Snapdragon 870.

We have UFS 3.1 storage and three storage variants with 8GB/128GB, 8GB/256GB and 12GB/256GB options. OnePlus has also added a new virtual memory feature with up to 7GB virtual RAM that will be sourced from surplus storage space. There is a new cooling system as well as improved haptics. The phone still has a 4500mAh battery like the OnePlus 9R and comes with Warp Charge 65T fast charging.

Coming to the camera, the OnePlus 9RT gets a triple camera setup comprising a 50MP Sony IMX766 main sensor, along with a 16MP ultrawide and 2MP macro sensor. On the front of the phone is a 16MP camera for selfies and video calls which is embedded in a top-left-aligned punch-hole cutout. The phone also gets an in-display fingerprint sensor and the signature OnePlus alert slider is still there too.

The OnePlus 9RT also comes with Oppo’s ColorOS 12 out of the box. ColorOS 12, based on Android 12 was recently made official and while it will come to a number of Oppo phones, it will also be found on the OnePlus 9 series devices in China. Note that the OnePlus 9RT will be one of the many phones which will be upgraded to the new Oppo Unified OS next year.

The OnePlus 9RT is priced starting at CNY 3199 (about Rs 37,454). It is currently available only in China and no further details on availability in India or other regions was announced during the event. We expect official news around the same to come out soon. 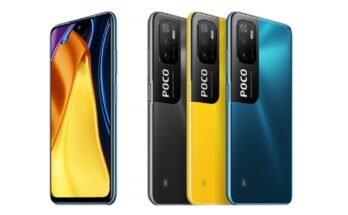