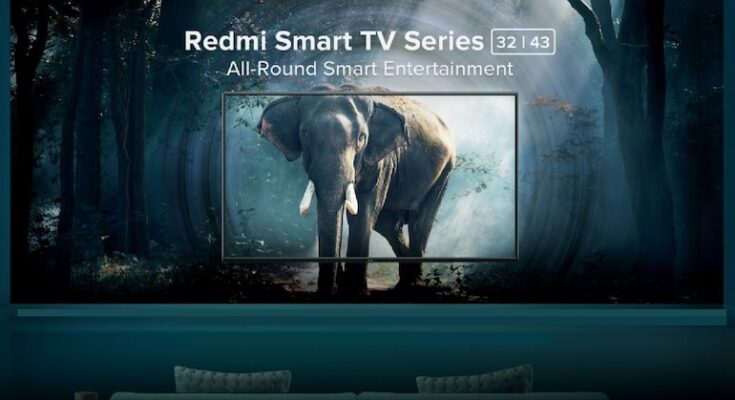 The invite for the new Redmi smart TV comes with a teaser poster for the device is available in a 32-inch and a 43-inch model post-launch. The poster only reveals noon on September 22 as the time and date for the launch event. A few more specifications for the upcoming Redmi TV, including 20W speakers and support for Dolby Audio and DTS Virtual: X for surround sound.

Xiaomi has also confirmed that the TV has Android TV 11 out of the box. It is the first time that a smart TV at this price will feature Android TV 11. It can expect a modest price point on the new Redmi smart TV. It includes dual-band WiFi, Bluetooth 5.0, auto low latency mode and more. Xiaomi also promises “fuller, brighter and crisper” images on the new Redmi smart TV with Vivid Picture Engine.