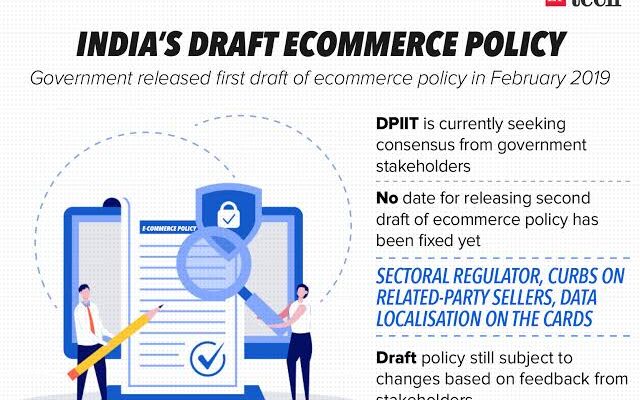 Amazon, Flipkart may have to follow the Indian government’s new e-commerce policy. The policy covers the online retailers to treat sellers equally. The new policy can change online shopping. It kills the predatory pricing which is noticed on online stores compared to physical stores. The Indian government is formulating a new policy for e-commerce retailers which require Amazon, Flipkart wants to treat them equally. The new plan is also conducted for bringing more transparency in terms of operations.

The draft policy says that the decision was taken after announcements on the Internet. As some online retailers proposed preferential treatment to certain sellers. Physical retailers have complained about the unfair practices by online platforms for a long time. Last month, Amazon gave preferential treatment to select sellers in India, and it was using the sellers to ignore India’s foreign investment rules. It was also claimed that Amazon used predatory pricing to crushed the other retailers by offering enormous discounts and offers. However, Amazon said it complied with the Indian laws.

The draft says, “E-commerce operators must ensure equal treatment of all sellers/vendors registered on their platforms and not adopt algorithms which result in prioritizing select vendors/sellers.” A separate report also claimed that the Indian government was changing its rules related to foreign investment which is mandatory for Amazon to re-strategize their approach with select sellers. It is not clear when the new e-commerce policy will be announced

It is expected it will bring vast changes to online discount work. Now, an e-commerce website has a sale on particular products, via a single seller. The new e-commerce policy may see the number of online sales reduce. It requires e-commerce websites to have a balance between the prices being charged by physical stores by the respective company. The new policy has a huge impact on the predatory pricing to see on various products on different e-commerce websites. The policy makes the online platforms fair in treating different sellers, which boosts sales of small retailers.