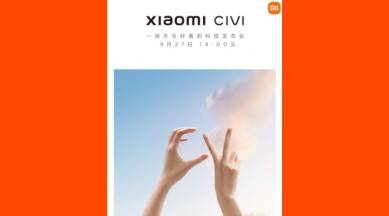 Xiaomi Civi smartphones are about to launch next week with a new smartphone series that will be called ‘Civi’. It is set to debut in China later this month on September 27. The new series will be aimed at younger customers and the phones has a slim build and emphasise on camera performance. It is also rumoured that the new series will replace Xiaomi’s Mi CC series.

The series could replace phones like the Mi CC9, Mi CC9e, Mi CC9 Meitu Custom Edition. It has the model number 2107119DC was also spotted on the TENAA website back in August this year. The first Civi series model in the upcoming lineup. The similarities with the Xiaomi 11 Lite NE 5G that was launched globally last week. The 11 Lite NE 5G has the upper-midrange phone and is set to launch in India on September 29. Xiaomi’s CC lineup was exclusive to China, but some of its models made it overseas with some rebranding.