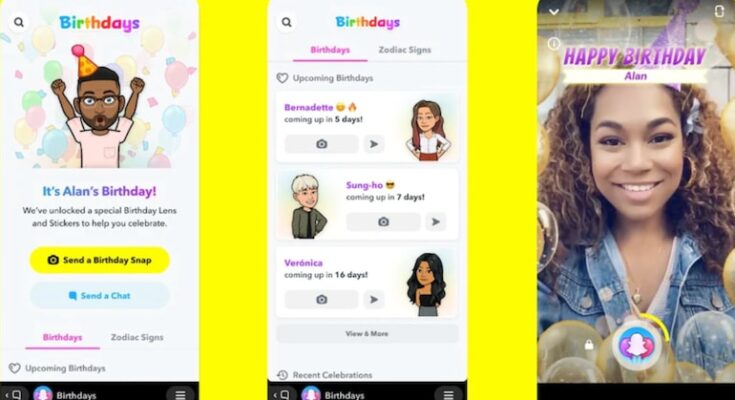 Snap Minis were launched last year. They are simplified versions of third-party apps that live within Snap’s Chat section. These apps are built with HTML and are designed to improve engagement among users by enabling them to perform a range of additional tasks without leaving the Snap app.

Snapchat will only show the birthdays of users who have mentioned it on their profiles. The birthdays will get listed in the Birthdays Mini list and the company has noted that it will not display the birth year or the age of the person. Users can also tweak settings to display hide in the app which will stop people on their friend list from seeing them and also their birthdays.

“Today we launched Birthdays Mini to make it fun and easy to remember and celebrate your Snapchat friends’ birthdays! You can enjoy personal greetings and birthday messages from your friends — all inside of Snapchat”, Snapchat said in a statement.

The Birthdays Mini feature is available to both Android and iOS users. To access the birthday mini-feature, follow the given steps:

Snapchat will show you whose birthday is the nearest. Alternatively, the feature can be accessed through the search bar in the app. Until now, Snapchat would indicate a user’s friend was celebrating their birthday through an emoji in their feed. The Birthday Mini feature also includes lens sharing, which allows users to unlock special themed lenses they can share with their friends. Users can also use these lenses in their stories seeing which others can swipe up to join the mini.