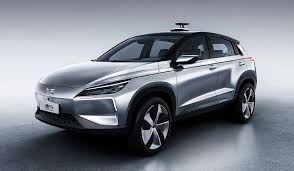 Xiaomi has made a serious advancement in its plans to manufacture electric vehicles, as the company successfully completed the registration of its EV business unit with a capital of 10 billion Yuan. Xiaomi had announced its entry into the electric vehicle business back in March this year. At the time, Xiaomi chief Lei Jun had shared very little details on the endeavour, except for how he had always wished to pursue electric vehicles. Around half a year since the announcement, the company has finally registered its EV vertical as Xiaomi EV and we now have much more information on how the company plans to proceed further.

The new EV company by Xiaomi has been registered with a capital of 10 billion Yuan or Rs 11,000 crore. Xiaomi CEO Lei Jun has been signed as the legal representative of the company, as mentioned in a statement by Xiaomi following the registration. As of now, the company appoints a staff of 300 and continues to hire more people for the new business vertical.

Xiaomi has not yet hinted at the type of electric vehicles it will produce under the new business. Though it is likely that the company will aim to produce affordable electric vehicles for its home country China and other international markets. The speculation can be made given Xiaomi’s expertise in market disruption, as seen with its smartphone business. The fact that China is the biggest EV producer and consumer in the world also backs the claim.

At the time of its announcement, the company had claimed that it was ready for an investment of $10 billion (roughly Rs 73,000 crores) in its EV unit, to be spent in the span of the next 10 years. Though details of how this investment will be made are sparse as of now.

Following the registration of its EV business, Xiaomi said that it has conducted over 2,000 interview surveys and visited over 10 industry partners since the March announcement. In a related development, the company even purchased autonomous driving technology startup Deepmotion for a sum of over $77 million (roughly Rs 562 crores). The acquisition is meant to help Xiaomi in its research and development efforts.

A Reuters report also highlighted Xiaomi’s efforts to be a stakeholder in Evergrande Group’s automotive unit. The publication reported in August that Xiaomi had entered talks with Evergrande Group for the deal. A Xiaomi spokesperson later confirmed through the company’s social media account that it is holding such talks with several automakers but is yet to decide the right partner to work with.