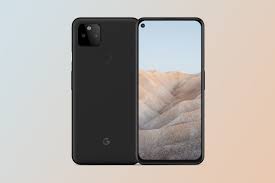 Google has officially revealed the Pixel 5A 5G with a shortlist of updated features compared to its 4A 5G predecessor, including a slightly bigger screen, a much bigger battery, and an IP67 rating for water resistance. The best part is that the price has gotten smaller: in the US it will cost $449, which is $50 less than the Pixel 4A 5G’s price. The 5A goes on sale in the US and Japan on August 26th. It’s the last Pixel phone that will ship with a charger in the box.

The Pixel 5A’s screen has 6.34 inches, a 1080p OLED with a standard 60Hz refresh rate, despite rumors of a faster 90Hz display. The battery gets an increase to 4,680mAh, using Extreme Battery Saver mode. The phone can withstand immersion in up to three feet of water for up to 30 minutes. It continues to offer support for sub-6GHz 5G. The 5A is missing support for C-band 5G frequencies. It adds the necessary software support later, but won’t commit to doing it.

It uses a Snapdragon 765G chipset with 6GB of RAM and 128GB of storage. The 12.2-megapixel main and 16-megapixel ultrawide rear cameras and 8-megapixel selfie camera are the same. There’s a rear fingerprint scanner for biometric unlock with an honest-to-god headphone jack, and an 18W charger included in the box. The phone will ship with Android 11. It is guaranteed Google’s standard three years of OS platform updates and security patch support. It is offered directly from the Google Store and through Google Fi. It has four colorful case options available separately to spice things up.