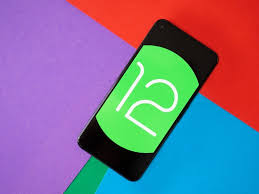 Google is announcing a big new feature for its upcoming Android 12 update on Monday: you’ll be able to play games as you’re downloading them. For particularly large games, this could be very useful, as it means you won’t have to wait as long to jump into a game and start playing.

You can get an idea of just how much faster you might be able to hop into a game in the below GIF shared by Google. The difference, at least in this case, is quite noticeable, and Google says it is already “seeing games being ready to open at least 2 times faster.”

The feature works with games that use the Play Asset Delivery system. If they do, developers won’t need to do anything to turn the feature on, according to Google.

The news comes as part of the Google for Games Developer Summit 2021, which runs from July 12th through the 13th. At the event, Google also announced a new game dashboard for Android 12 that gives you easy access to utilities like screen capture and recording. The dashboard will be available on “select devices” later this year, Google says.

Android 12 is also set to bring a bunch of other big changes to Android, including a major new design.