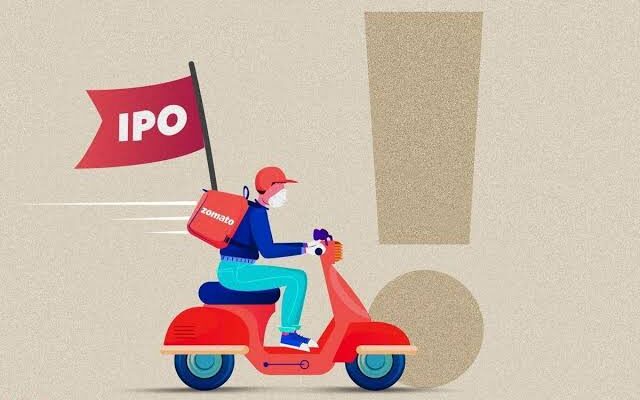 Niti Aayog CEO Amitabh Kant congratulated these four companies for taking their first step towards listing in the stock markets and being able to raise the growth capital via their IPOs.

2021 seems to be a big year for start-ups. Many companies have managed to gain a strong foothold in the market and are moving forward now towards bigger plans. Four of these companies have recently announced their move to IPO including Zomato, Nykaa, Paytm, and Delhivery. And these four are racing to make the listing in the near future. Niti Aayog CEO Amitabh Kant congratulated these four companies for taking their first step towards listing in the stock markets and being able to raise the growth capital via their IPOs.

“Delighted that Indian Startups- Paytm, Zomato, Nykaa, and Delhivery will be listing in the Indian stock markets & raising growth capital through IPOs. This demonstrates the vibrancy & dynamism of our Startup movement & the maturity of our capital markets,” Kant tweeted. While we wait to see who lists first, here’s a look at the four companies.

Paytm’s IPO is estimated to be worth $2.3 billion and the public offering is supposedly set to take place in November this year. As NW18 points out, One97 Communications, Paytm’s parent company, is moving to raise $1.6 billion by issuing fresh equity. Right now, Paytm is waiting for approval and is aiming to get that in its extraordinary general meeting (EGM), which is scheduled to take place on July 12, as per a Reuters report. According to reports, Paytm has received in-principal approval from the board for its $3 billion move to IPO. The additional ₹4,600 crore is expected to be raised from the company’s sale of its equity shares from the existing shareholders. The company has also been circulating an offer for sale (OFS) to its employees so as they can also take part in this move to market, according to a Bloomberg report.

As per the draft red herring prospectus (DRHP) filed by Zomato, the company is going to go ahead with its public issue on July 14, and that is going to close on July 16. Zomato is planning to raise ₹9,375 crore through its IPO and this breaks down to a fresh issue of ₹9,000 crore and an OFS of ₹375 crore from its shareholder Infor Edge India Ltd. The company received its fundraising application fo the IPO cleared by SEBI earlier this week and they raised $250 million in its pre-IPO funding round in January this year which brought up the valuation of the company to $5.4 billion.

Nykaa is looking to go public later this fiscal year with the IPO. Their IPO is set at a valuation of $4.5 billion. According to Live Mint, this valuation is a “big leap” from the previous $3 billion that the company held. This rise can mostly be attributed to customers shifting to the digital market in the wake of the pandemic. Nykaa is going to aim to keep the size of the IPO listing between $500 million and $700 million.

Delhivery is looking at an IPO valuation of $4 billion and it is set to take place next year in the March quarter, as per reports. Reports have also cited that the company is likely to sell off a 10 -15% stake for around $500-$600 million in its public issue. The company is probably going to file for its DRHP sometime this month or next month with the Securities and Exchange Board of India (SEBI).