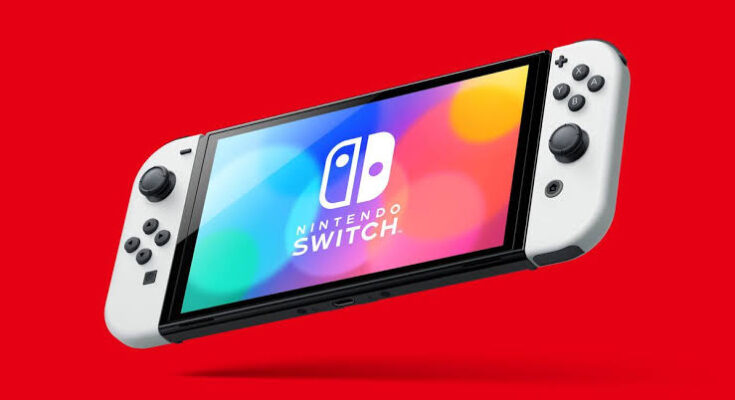 The much-awaited model of the Nintendo Switch with enhanced graphics and a larger display is finally out. Know all about the device and its availability here. The Switch (OLED model) will come with an adjustable stand, dock, and enhanced audio.

After months of speculations, Nintendo has finally announced a new Switch model today. In line with some of the earlier predictions, the latest Nintendo Switch will come with an OLED display that will be larger than the existing model.

The company says that the gaming console will be available for purchase starting October 8, 2021. It will be available in two colour options – a “White set” featuring a black and white design and a “Neon Red/ Blue” set featuring the classic Nintendo red and blue colours.

For now, Nintendo has not announced the markets in which the new Switch (OLED model) will be available from the mentioned date. The sale might be limited to a few countries for now.

Nintendo says that the latest Switch console is equipped with a 7-inch 720P OLED screen for more vivid colours and crisp contrast than before. The new model also features an upgraded Nvidia chip that allows a TV output of 1080p when the handheld is connected to a TV.

The new Nintendo Switch comes with a wide adjustable stand for easy viewing in Tabletop mode other than the upgraded display. There is also a dock with a wired LAN port that can be used to connect the console online when playing in TV mode.

Gamers will get 64 GB of internal storage to save their games right on the new Nintendo Switch OLED. Nintendo also claims that the new device comes with enhanced audio from the system’s onboard speakers.

The company claims that the console will run for 4.5 to 9 hours on a single charge. It measures 4-inch high, 9.5-inch long, and .55-inch deep with Joy-Con attached and weighs around 422 grams.