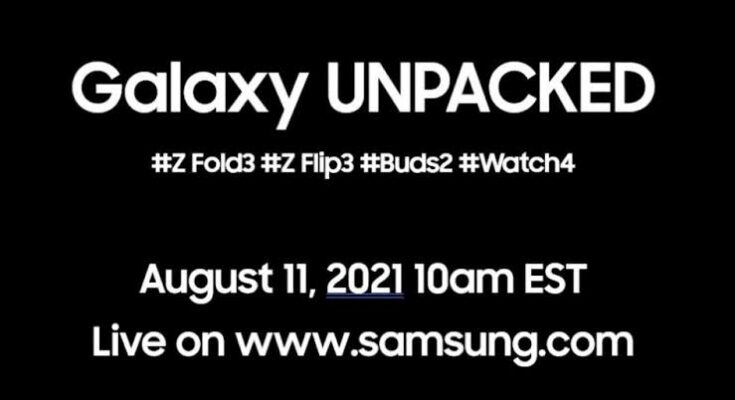 Samsung Galaxy Z Fold 3 is wanted to be powered by the Qualcomm Snapdragon 888 flagship chipset with a 4,275mAh battery. It is rumoured to launch its Galaxy Z series folding phones next month either on August 3 or an August 11 date for the upcoming event, Samsung has confirmed the date for the next unpacked event to be August 11 start at 10 am EST (7:30 pm IST). It is expected to launch its new folding phones. The Galaxy Z Fold 3, the device may feature a special S Pen with the stylus that has “Fold Edition” laser-etched. It has a button at the other end. The foldable smartphone offers a triple rear camera setup. The image implies the possibility of the smartphone featuring a hole-punch cutout for the selfie camera.

Samsung Galaxy Z Fold 3 is anticipated to be powered by the Qualcomm Snapdragon 888 flagship chipset with a 4,275mAh battery. It is expected to a lighter frame, thinner bezels, and an under-display front camera. Galaxy Z Flip 3 seems may have a dual-camera setup next to the secondary screen with sport a dual-tone finish. The vertically folding phone comes with a vertical camera set up to make more room for a bigger outer screen. The secondary screen will offer more content and functionality.