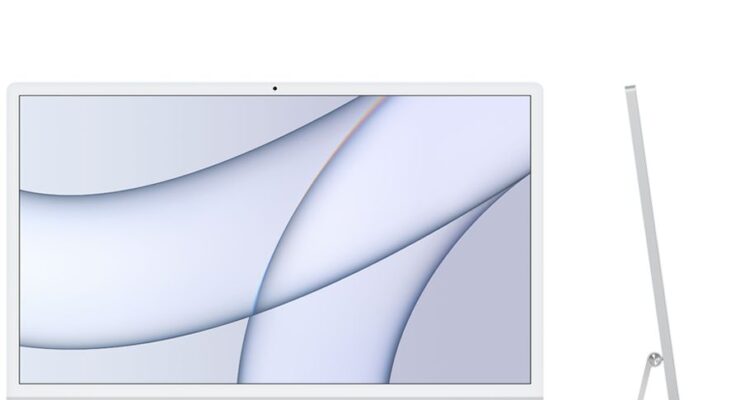 The new Apple iMac, iPad Pro, and Apple TV going to be available from the second half of May 2021. The new devices will be up for order and the sale will be the new purple finish iPhone 12 and iPhone 12 Mini, along with the Apple AirTag.

The new Apple iMac has a new design with a very thin frame. Then, iMac light is invisible from the sides with a single sheet of glass across the front surface. The new M1 system-on-a-chip architecture uses a smaller logic board and reduces its volume by over 50%. The new iMac can fit into a lot of spaces, at home or the office. It is available in multiple variants with a 4.5K display including a new camera, new microphones, powerful new speakers, Apple’s spatial audio. It will be available starting at Rs 1,19,900 in four colours, green, pink, blue, and silver. The top-end variant is for Rs 1,59,900 and will be available in seven colours with an 8-core CPU and 8-core GPU.

The new Apple iPad Pro uses powers Apple’s latest MacBooks and iMac to be thinner and lighter than ever. It delivers a 50 percent jump over the performance of its predecessor and delivers 40 percent faster GPU performance. It will be starting at Rs 71,900 for the 11-inch variant and Rs 99,900 for the 12.9-inch variant.

Apple TV 4K is powered by an Apple A12 Bionic chipset. The new Apple TV has a six-core design with two high-performance and four power-efficient CPU cores along with a quad-core GPU. It plays HDR videos of up to 4K resolution at 60fps where users can stream content directly from the iPhone 12 to the Apple TV 4K via AirPlay.

Apple AirTag will allow the Apple ecosystem to keep track of their belongings like wallets and bags. It can be easily slipped into bags and accessories that allow users to attach it to key rings and other belongings.