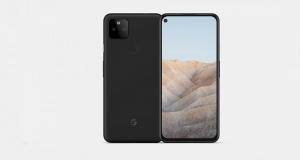 The report states that Android 12 Developer Preview 3 files with numerous references to a device codenamed “Barbet”, which is assumed to be the Pixel 5a 5G. The leak said that the chipset’s model number is sm7250, which is the Snapdragon 765G SoC. The BIS certification of the device clues at the probability of the Google Pixel 5a launching in India.

The Google Pixel 5a is expected to feature a 6.2-inch FHD+ AMOLED display with support for a 90Hz refresh rate. It will have the dual or triple rear camera setup with setup on the Pixel a-series. The Google Pixel 5a comes with Android 12 out of the box. The phone may be powered by the Snapdragon 765G clubbed with 4GB/6GB RAM and up to 128GB storage. The Connectivity features may include 5G, 4G LTE, dual-band Wi-Fi 6, Bluetooth 5.1, GPS, and USB Type-C port for charging and data sync.

The Pixel 5a 5G may come with a punch-hole display cutout on the top left corner for the selfie snapper and narrow bezels. It comes with a rear-mounted fingerprint sensor for security and a square-camera module similar to previous Pixel phones along with dual sensors and an LED flash. It is significant to note here that Google has not disclosed the specifications, and has not demonstrated the launch date of the smartphone. So just wait to know more official details about the smartphone.

2 Comments on “Google Pixel 5a could launch later this year”