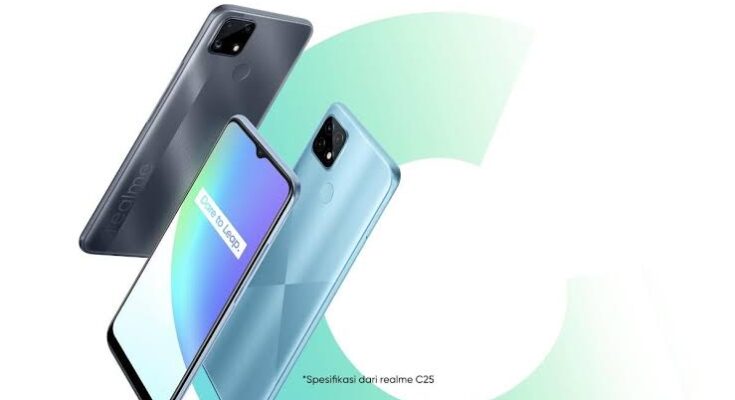 Realme will launch three new phones on April 8. This new C-series C25, C21, C20 has big displays and powerful batteries. The new C-series smartphones will bring “an evolved user experience for entry-level smartphone users.” The Realme C25 has a 6000mAh battery while the C21 and C20 have a 5000mAh unit each. All phones have the same 6.5-inch HD+ display in common.

The upcoming C-series will be an upgrade over last year’s C11, C12, and C15 phones. Although it was a trio of phones, Realme launched five C-series phones in total in 2020. The first one was Realme C3 that arrived last year in February. Then there were the C11, C12, and C15 smartphones. And later, Realme launched the C15 Qualcomm Edition, a slightly tweaked version of the C15 with the Snapdragon 460 processor inside. I am not sure if Realme is planning a similar strategy for the C25, which will sit atop in the C-series this year so far. All three phones are available outside of India. C20 was launched in Vietnam for about Rs 7,900. The C21 was launched for the price of 9000 in Malaysia. The Realme C25 was launched for roughly Rs 11,500. Thus, Indian prices are not going to be very different.

The Realme C25 is the top-tier phone in the new C-series. All three phones come with 6.5-inch HD+ LCDs while the C20 and C21 are powered by a MediaTek Helio G35 processor, the C25 uses a MediaTek Helio G70 chipset inside. Realme C25 has a 48-megapixel triple-camera setup while the C21 has a 13-megapixel triple-camera system. The Realme C20 has just one 8-megapixel rear camera. For selfies, the C25 has an 8-megapixel front camera but the other two phones have a 5-megapixel snapper. The C20 and C21 have huge 5000mAh batteries with 10W charging inside. The Realme C25 has a 6000mAh battery along with support for faster 18W charging.