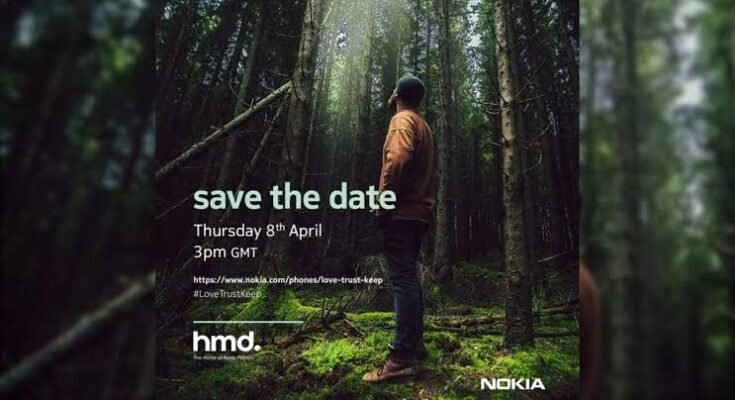 Nokia Mobile has announced a launch event on 8th April at 3 PM. It was streamed publicly in September 2020. The ‘Save the date’ teaser launched on Nokia Mobile’s international website. It is phasing out the dots in its naming convention. The first smartphone with the new naming convention of Nokia G10.

Nokia released the official Nokia website where the page asks the viewers to “save the date” of 8th April with a timing of 3 PM GMT. The launch event with the teaser of the hashtag #LoveTrustKeep and a man looking through the pine trees which are in the backdrop.

The company started press invites in advance. The last launches by Nokia Mobile are the Nokia 1.4 in January and Nokia 5.4 in December. The Nokia launch teaser may be new for HMD Global. There are that Rumours that the company launching the new Nokia G10 with the model number TA-1334. The new Nokia smartphone being unveiled as we inch closer to the launch date of April 8th.