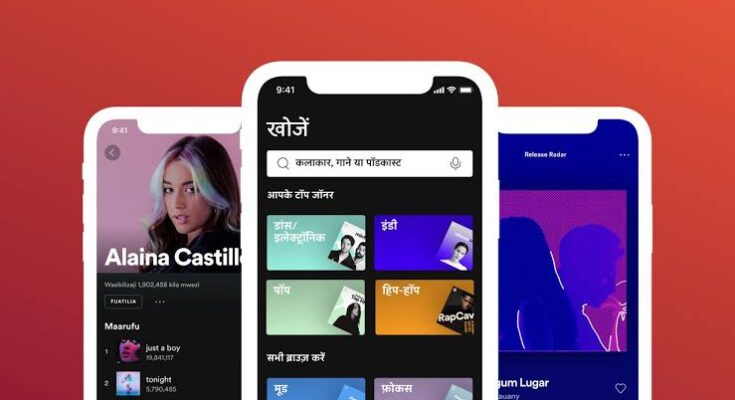 Spotify has now added so many languages in Hindi, Gujarati, Bhojpuri, Kannada, Malayalam, Marathi, Odia, Punjabi, Tamil, Telugu, Urdu, and Bengali. It will focus on a deeper, more active curation of music in regional languages. The app now supports twelve Indian languages in India and 36 languages the world over. Spotify app which has one-time premium plans start from Rs 7 per day and Rs 25 per week.

Spotify is now available in 62 languages to users globally include global languages like Romanian, Swahili, Slovenian, Filipino, Simplified Chinese, and Portuguese among others. India is one of the eight new markets in 2021, where Spotify broadens its Sound Up initiative to represent underrepresented podcasters. During the virtual event last month, Spotify available to more than a billion people in over 80 new markets globally. The company directs on bringing more content, both global and local, to users. Spotify said that it will focus on regional languages like Kannada, Bhojpuri, and Bengali. It also plans to soon launch its next set of original podcasts in India.

India has been one of its fastest-growing and has the most important markets. Spotify said that “We’re committed to bringing the best in audio content to our users in India. To do that, we want to ensure our experience is accessible in the languages our users speak no matter where they are. This expansion will unlock an even more localized experience for our users, giving more listeners the ability to access Spotify in their native tongue,”