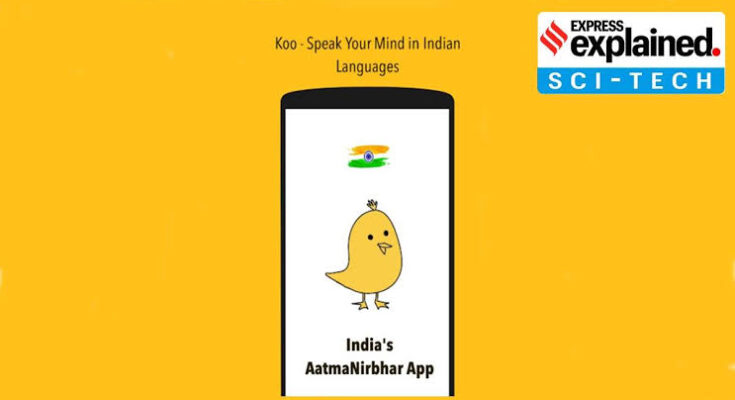 Koo was launched 10 months back as a portion of India’s AatmaNirbhar Bharat App Innovation Challenge. It can be used on both Android and iOS devices. It can share views, videos and follow other users on the platform.

The ongoing debate between Twitter and the Indian government over-blocking of tweets and accounts related to farmers’ protest. Indian app Koo is gaining a big push from IT ministers in the country. The app has a significant hike in the number of users in the last few days with more than 1 million users and obtained a 4.7 rating on the Google Play Store.

Union Minister Piyush Goyal declared on Twitter that “I am now on Koo. Connect with me on this Indian micro-blogging platform for real-time, exciting, and exclusive updates. Let us exchange our thoughts and ideas on Koo.”

Koo is an Indian-made micro-blogging platform and it is “the voice of India in Indian languages”. It works just like Twitter to express your thoughts on the platform. The app is available in English and some Indian languages including Kannada, Tamil, Hindi, Marathi, and Telugu. Many leading personalities like Sadhguru, Piyush Goyal, Ravi Shankar Prasad, Anil Kumble, and Javagal Srinath on Koo.

The app won the AatmaNirbhar App Innovation Challenge held by the Government of India in August last year and motivated Indians to use the Koo app in Mann Ki Baat.

The app can be downloaded from both Google Play Store and Apple App Store and accessed from the web. Just you need a valid phone number. It will be fascinating to see whether Koo will take possession of Twitter in India or enjoy the preliminary good days.