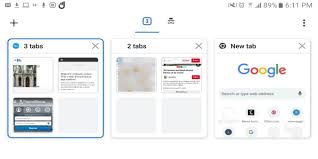 The Tab groups feature on Chrome is now on the Android platform. The update brings a grid tab switcher to Chrome. Tab groups bring more with the Chrome v88 update that was released last week. Google Chrome developed is one of the fastest and used web browsers. It is coming up with new updates to make it user friendly for its users. Google previously released the new version of Chrome that is called ‘Chrome 88’.

This feature brings order to disorder for those who had a habit of keeping so many tabs open. The feature brings on the mobile platform. The update also brings a grid tab switcher to Chrome.

All new tab layout is facilitated by default on all Android devices that are using Chrome. Users can enable it manually by heading over to ‘chrome://flags/#enable-tab-grid-layout’ in a browser tab and have to restart the app twice to get the new layout to stay.

Users will be able to drag tabs and places them on top of each other to create groups. It adds a bit of complexity to the experience of users as it’s for the sake of the organization. It can also disable the grid layout and tab groups with a simple step. Users have to enter the link in the address bar and select ‘Disabled’ from the drop-down menu.

These new updates help the users working and managing their work efficiently with saving them time. This layout has a switch option to enable grid view which will not let Incognito tabs appear next to the regular tabs.

The grid view features available for iOS users for some time now. This new update for Android is used by some users through a side-server. It will soon become available for every user around.