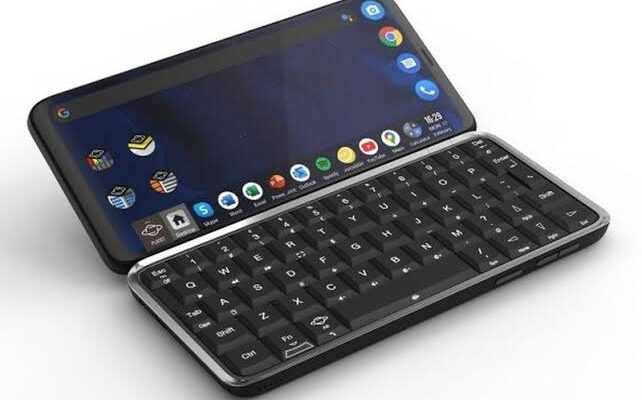 Astro Slide 5G has a different audience. It has a keyboard with enormous keys. The physical QWERTY keyboards on phones were a thing of history. Planet Computers has initiated Astro Slide 5G. While most companies are shifting towards foldable and rollable phones. Its Astro Slide is the first 5G-ready smartphone with a built-in keyboard.

The Astro Slide 5G offers a keyboard, instead of the buttons found on Nokia N97, Samsung Wave 533, Motorola Droid 3, and others. It has landscape mode and looks like a mechanical keyboard with large keys. It will be used as a mini laptop with users placing it on the desk and typing. Astro Slide sports chunky bezels on the top and bottom with probably include the keyboard hinge.

It was prepared with a MediaTek Dimensity 800 processor instead of the Dimensity 1000 which was promised earlier. It has a 6.39-inch Full HD+ AMOLED display paired with 8GB of RAM and 128GB of internal storage which is expandable up to 1TB via microSD card. It may be not final whether it will be backed by a 3,500 or 4,000 mAh battery but it will support Qi wireless charging. There is two USB Type-C port on the phone at the top and bottom to let the user charge as per his/her convenience. It will run on Android 11 with a few tweaks to make keyboard usage in landscape mode.

There is a selfie camera placed inside the notch. It will be around $699 there is no fixed price or the date of release yet. The smartphone is highly by Indian markets