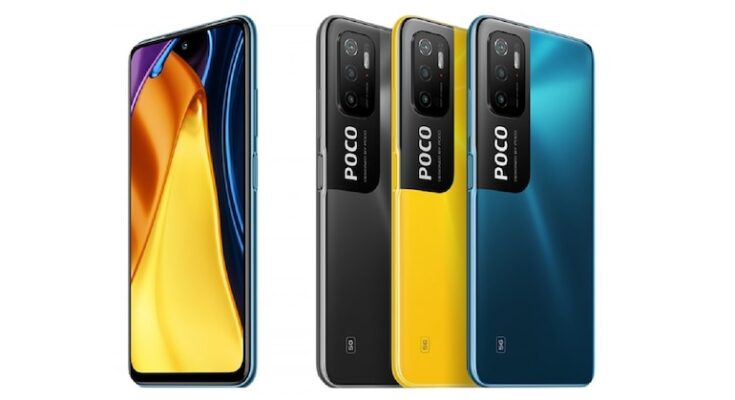 Poco might be gearing up to launch the Poco M4 Pro 5G later this month and a recent appearance of the device on the IMEI database confirms the speculation. Here is all we know about the smartphone till now.

Poco M4 Pro 5G is hot on rumours as it is expected to debut in the global markets soon. Not much is known about the device as of now, though its existence was confirmed in an earlier listing on a certification website. Another such mention of the device has now found its way to the Internet, suggesting an imminent launch.

What’s more, a noted tipster has hinted at a launch timeline for the new Poco smartphone. If the speculation comes out to be true, we might be looking at a smartphone launch by Poco in the last week of October, or the first week of November.

The launch window of the Poco M4 Pro 5G has been hinted at by tipster Mukul Sharma, as reported by 91Mobiles. Though there is no mention of an India launch as of now, we can expect the device to arrive in the Indian market towards the end of this year.

Other than the new hint at its launch window, a listing on the IMEI database confirms that the Poco M4 Pro 5G is in the making. The phone has been listed on October 7, 2021, with no other information on its possible specifications. However, it bears the model number — 21091116AG, which matches with the model number that was seen on many other certification websites such as EEC, 3C, and TENAA recently.

What we know from the earlier listings on these certification websites is that the new Poco smartphone will be powered by a MediaTek processor. It will also feature 33W fast charging.

No other information on the Poco M4 Pro 5G is available so far. Though we can deduce from the simultaneous listings in various parts of the world that the smartphone is nearing its launch and will be globally available once it marks its debut.

Some hints can be gathered on the next Poco smartphone based on its predecessor, the Poco M3 Pro 5G. Launched earlier this year, the Poco M3 Pro 5G is powered by a MediaTek Dimensity 700 5G chipset along with a 6.5-inch FHD+ display that features a 90Hz refresh rate and a Corning Gorilla Glass on top. The Poco M4 Pro 5G will likely come with an advanced chipset and possibly a 120Hz refresh rate display.