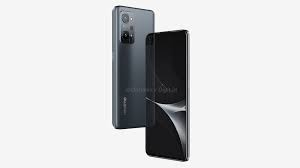 The GT Neo 2, the next Realme phone will arrive in China in the coming days. The launch is expected soon. The Realme phone has recently leaked along with its specifications and it could be the GT Neo 2. The rumour mill is already abuzz with some information about the upcoming GT-series phone.

According to tipster, the GT Neo 2 has a 6.62-inch full-HD+ display with a refresh rate of 120Hz. It has Android 11 software with Realme UI 2.0 on top. It use the Qualcomm Snapdragon 870 processor paired with 8GB of RAM and 128GB of internal storage. It may come with a 64-megapixel camera, an 8-megapixel camera, and a 2-megapixel camera. The phone may have a 16-megapixel front camera. It has a 5000mAh battery with fast charging. The phone show a USB-C port, a SIM tray, a microphone, and a speaker grille on the bottom. The phone has a volume rocker, while the right side has the power button. There is no information on when it will arrive in India. Realme launched the first-generation GT Neo in India as Realme X7 Max 5G, so technically there is no GT Neo in India.