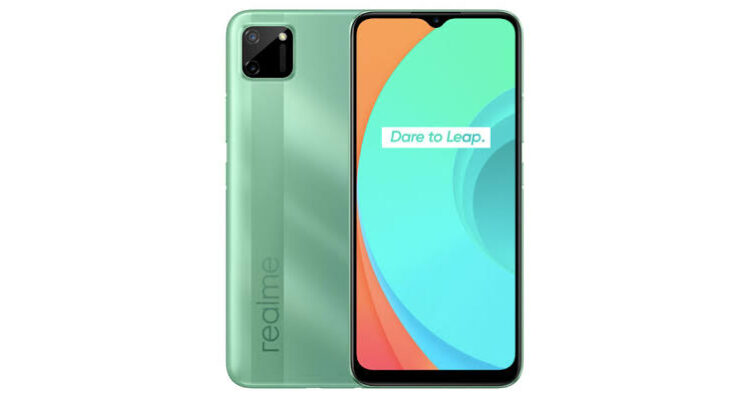 Realme C21 is the inheritor of the C20 that was launched previously this year. It comes with a MediaTek Helio G35 processor with a 5000mAh battery inside with a MicroUSB port. It is the latest C-series smartphone from the company.

The C-series is a budget-centric family of phones. It has been launched in Malaysia for now. It comes to fill the gap in the budget segment in the Malaysian market. Realme launched three C-series phones last year, the C11, C12, and the C15 which are powered by the MediaTek Helio G35 processor, which is also used inside the latest C21. Realme has launched the C21 for roughly Rs 9,000. It is available to buy in Malaysia with the colour include Cross Black and Cross Blue.

Realme C21 has a 6.5-inch 720p LCD with a screen-to-body ratio of 89 percent. It uses a MediaTek Helio G35 processor paired with 3GB of RAM and 32GB internal storage. The phone runs Android 10-based Realme UI with the fingerprint sensor and the speaker at the back.

Realme C21 comes with three cameras consists of a 13MP main sensor, a 2MP macro sensor, and a 2MP Black-and-white sensor. It supports night mode, HDR, portrait, ultra macro, and AI Beauty. There is a 5MP selfie camera inside the notch on the display. The phone has a 5000mAh battery without fast charging while using the Micro-USB port. The phone measures 76.4×165.2×8.9mm. It has 4G LTE connectivity, Wi-Fi, Bluetooth, GPS, among others.