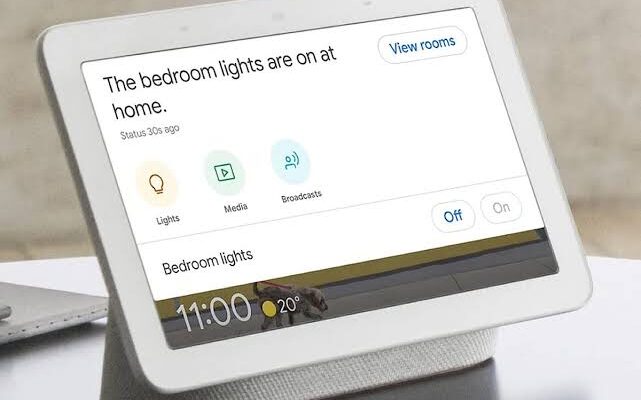 The new set of features for Google Nest Hub and smart displays include alarm customisations with a sunrise alarm. Google’s weather frog background, sticky notes, Family tab, and much more.

Google bringing new features to Nest Hub and third-party Google Assistant smart displays. The new features have already been announced by Google, and are now accessible for these devices also.

Google not only set an alarm but also choose the tone it plays, days it repeats, its snooze duration, and morning routine timings. There is a sunrise alarm to mimics the actual sunrise with the display slowly getting bright, set the duration for the effect, add smart lights to it, and choose a tone for the sunrise alarm.

Users can choose the Google weather frog as their background display by saying, “Hey Google, set up my photo frame,” or manually set it by going to Settings > Photo frame. It will dim and brighten up according to the time of the day.