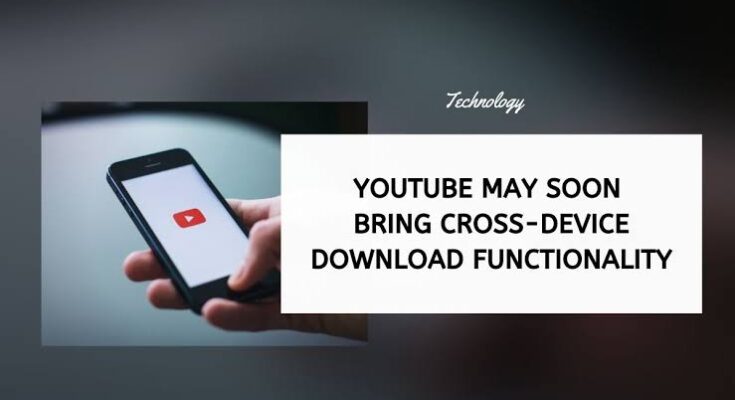 The feature appeared for the YouTube Premium users. YouTube tests a new feature for sharing offline downloads. It is working on a new feature to make offline viewing better. It allows users to download videos on multiple devices. If users download a video on the phone, it also appears on the other devices on the YouTube app.

The feature is not live, but the option has appeared under the Background and download settings for some YouTube Premium users. The option was available on both stable and a beta version for premium users.

When users tapped on the option, it shows a pop-up asking the device for the app to be synced. The pop-up also features allow to download to the device. It did not work during a brief test period. It would be quite useful for users who frequently switch devices.

YouTube is working on multiple new features for its users. It also supports 8K videos on YouTube TV and testing new functionality to add a timestamp in the comments section.

Another interesting new feature is the ability to add automatic video chapters. This feature creates different chapters with the caption. It helps viewers to skip the part they want to watch. YouTube’s upcoming feature is useful for long-format videos. These upcoming features are currently being tested with a small group of users.